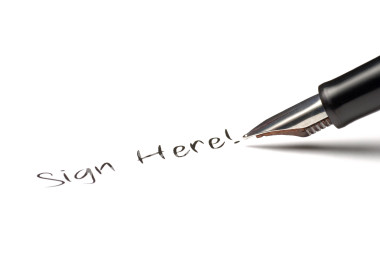 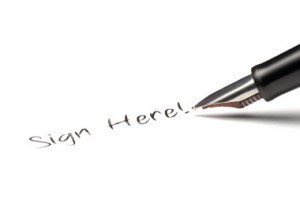 please use E-mail form below

Our world stands at a critical and dangerous juncture. The destructive policy of unilateral military intervention and illegal regime change practiced by the United States and its allies has led to the possibility of a military confrontation between major world powers and nuclear-armed nations that could trigger a new World War.

This is an urgent call to all nations, organizations and individuals worldwide, to join together in forming a global coalition that seeks to avert disaster by strengthening multipolar cooperation, peaceful diplomacy and international law, while categorically rejecting interventionism and unilateral aggression.

The world has arrived at this point because of reckless foreign policy, gross human rights violations and the wanton destruction of entire cultures. Since the end of the Cold War, the U.S.’s aggressive new policy shift was enshrined in a PNAC (Project for a New American Century) document published in September 2000 entitled, “Rebuilding America’s Defenses: Strategy, Forces and Resources For a New Century,” where they revealingly determined that:

“…If an American peace is to be maintained and expanded, it must have a secure foundation on unquestioned U.S. military preeminence….”

Under the media guise of “The War on Terror“, “WMD’s“ or “Humanitarianism“, the U.S. (together with its allies) now executes this overtly imperialist doctrine through the expansion of NATO, the launching of multiple wars for control of foreign resources, and the establishment of hundreds of military bases overseas. It overthrows non-­compliant heads-­of-­state through the use of unsanctioned military force or color revolutions. It  contaminates  entire regions with cancer-causing depleted uranium munitions.  It justifies the use of torture, electronic surveillance, killer drones, cyber warfare, and the rolling back of domestic civil liberties – while whistleblowers that expose these crimes are threatened and criminalized.

Even economic warfare in the form of sanctions, vulture capitalism, IMF-imposed austerity, secretly negotiated trade deals like TTIP, and financial manipulation is unleashed against its enemies – and even its allies – forcing them into submission.

Is the world safer? What are the results of these unilateral actions? The promises of increased democracy, national security and economic well-­being from Western intervention has only left a deadly legacy of failed states and disasterous outcomes. Furthermore, this unilateral policy is now targeting Russia and China, exposing humanity to the risk of global thermonuclear war.

In East Asia, Washington has deemed China’s dynamic rise as a strategic threat to U.S. interests, and has responded militarily by agitating and encircling China, while inflamming territorial disputes with its neighbors. At the same time, neo­liberal free­trade agreements negotiated in secret like TPP are being implemented to counter China’s economic influence, while enabling corporations to keep workers exploited, environmental protections sidelined, and entire nations powerless.

Meanwhile, the U.S. and NATO are backing a corrupt regime with Nazi ties in Ukraine that they put into power through a violent coup. The regime’s repressive policies sparked a civil war that created more than a million refugees, prompting Crimean residents against the coup to rejoin Russia in a referendum. Though more than 90% of Crimeans voted in favor of reunification, the Western powers and the media accused Russia of interference, choosing to apply tough economic sanctions, and to station NATO military personnel and weapons directly on Russia’s borders. The West is even considering the European redeployment of nuclear weapons to “counter the Russian threat“. Does this make the world safer?

In Syria, the U.S./NATO/Gulf Coalition is illegally waging a dual campaign of fighting terrorism and regime change simultaneously, demanding that yet another elected head-­of-­state step down. However, this U.S.-­led Coalition is supporting extremist mercenaries with strong links to Al­-Qaeda and ISIS, ­ whom they dub “the moderate opposition“, to bring down the Syrian government. So while they officially condemn terrorism and pledge to fight it, they continue to train, fund, arm, and support the very groups they say they are fighting.

Worse still, the U.S.-­led Coalition ­ illegally operating without a UN mandate and no permission from the Syrian government ­ is operating with a separate agenda in the same theater as the legally-­mandated Syria/Russia/Iran Coalition ­ that is overwhelmingly supported by the Syrian people who fear for their lives. Instead of joining forces against terrorism, the West is inflamming the crisis through belligerent rhetoric, dangerous provocations, and the flagrant disregard of international law. Does this make the world safer?

The role of the media in promoting these wars and destructive policies cannot be overstated. Whether demonizing a leader, a religion, or an entire nation, the Western media chooses to echo Western talking points to scare the public into supporting war, rather than reporting on the facts. Politically-motivated criticism is used to discredit Russia and Syria for “actually“ fighting terrorism or legally defending their own borders. Dubious accusations are regularly leveled at Russia and its president without any evidence, while Western media outlets legitimize these often debunked claims – further distorting the reality. Thus, Russia is often portrayed as a threat equal to ISIS!

However, it must not be forgotten who demonized Saddam Hussein and Muammar Gaddafi, who actually created the chaos that engulfs Afghanistan, Iraq, Nigeria, Libya, Yemen, Syria, and Ukraine, and who continues to threaten other nations – including Russia, China and Iran. Against the backdrop of escalating ecological crises, extreme poverty and increasing social and religious tensions, this extremely dangerous foreign policy pursued by the West and its media is creating more terrorists, more victims, more refugees, more poverty and more destabilization – bringing the world ever closer to the brink of disaster.

The time has come to counter this grave threat to humanity. Respect must be restored to the principles of sovereignty, self­-determination and non-­interventionism – ­ and the adherence to international law must be paramount. Though most nations respect this, Russia and China are the major world powers that support the concept of multipolarity, and act as a global counter-­balance to Western hegemony. Whatever domestic issues they may have, their cooperative approach is supported by the majority of nations, by global alliances such as the Non-­Aligned Movement, the G77, the SCO (Shanghai Cooperation Organization), and by the Latin American alliances (UNASUR, ALBA and CELAC).

Moreover, these multipolar nations are providing alternatives to Western-­controlled institutions and their neo­-colonial practices. Their multilateral institutions and development projects such as the BRICS (Brazil, Russia, India, China, South Africa), the AIIB, and the massive “New Silk Road“ Eurasian development project are rooted in non-­interventionism and mutual respect. In sharp contrast to Western trade deals, bilateral cooperation with these multipolar nations is increasingly producing win-win outcomes for many developed and developing nations in Africa, Latin America, Asia, and Europe. In total, the majority of the world’s nations support a multipolar approach to global affairs based on the principles of the U.N. Charter and the Declaration of Human Rights, which is why the West wants to derail it – it’s a threat to their global hegemony.

Therefore, all those who seek peace – be it nations, organizations, movements or individuals from all across the political, economic, social and cultural spectrum ­ must stand together as one voice in support of multipolarity. This voice must be amplified over the Western media spin by supporting truthful and independent global media sources. This voice could be organized through major conferences into a coalition with initiatives, political positions, and a platform.

This multipolar coalition should be mobilized into a force that can pressure the West into abandoning their destructive policies by switching their political and economic support to nations that have pursued (or desire to pursue) a balanced policy of cooperation and diplomacy. Even as individuals, we can apply pressure by contacting government offices and media outlets en-masse, altering our voting and spending habits to support proponents of multipolarity, or finding creative ways to spread the word using art, music, film or literature. More than just a call for solidarity, this must be a political and grassroots force for positive change.

Since the September 2015 U.N. General Assembly and the events that followed, two distinct forms of diplomacy have been on display for all to see, presenting the world with a choice: Do we want a unipolar world in which Western wars dictate the world’s fate, or a multipolar world where sovereign countries work together in an environment of peace, cooperation and mutual respect? It is clear that the global majority chooses the latter.

Therefore, WE, the global majority standing together in solidarity for peace through diplomacy, declare that:

We respect all nations‘ sovereignty and their right to self-­determination. We believe that the future of ANY country must be decided by the citizens of that country alone, free from all external threats and interference, and that multinational conflicts should be resolved through political processes and diplomatic negotiations.

We support all nations that exercise a cooperative, multilateral approach to global affairs. The counter-­productive and dangerous policy of unilateral military intervention is a violation of international law, and must be universally condemned.

We support nations and multinational coalitions that work determinedly to stop terrorism. Nations that directly or indirectly participate in the training, arming, funding and support of terrorist-­linked extremist groups do so in violation of international law and must be condemned, and held accountable.

We applaud and strongly support global media that is fair and balanced, and that objectively reports on world events. We condemn Western-­oriented media outlets that demonize leaders or entire nations and religions, blatantly misrepresent the facts, and consciously present a biased, one-­sided view of events.

We commit to engage in, or support nonviolent efforts to promote global peace and tolerance for all peoples and all beliefs. Please sign, and/or widely disseminate this declaration and all like­minded efforts.

“NO to Unilateral War, YES to a Multipolar World!“